Where Legends are Born

When the College Football Playoffs released their first rankings it was at that point I knew that our Coach had been right. Now a lot of people got on Coach Malzahn and I was one of them because of the statements he made at the half of LSU and after the game. With that said either Gus Malzahn is the luckiest guy in the world or he may just be the “Mad-Visor.” 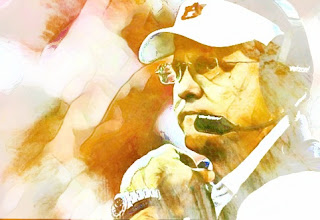 
But here we are, handled business in College Station by defeating Texas A&M convincingly and last night doing something that really no one gave a shot to do, not even Cole Cubelic a former lineman for the Auburn Tigers. We did not only win last night but we defeated Georgia, we dominated them on defense and we gashed them on offense. If not for a Special Team’s muffed punt by them I would say they won that aspect of the game hands down and we need to clean up our special team’s coverage. We have got to contain the flipping of the field on kick/punt coverages.

I know you are probably saying what does all this have to do with where legends are born. I am getting to it! 😊 Yesterday afternoon we probably witnessed one of the best displays of rising to the occasion from our Auburn Tigers. Specifically, Stidham, Stove, Slayton, Holland, Davidson, Brown the O-Line that created the plow to gas the UGA D-Line and strip away the moxy they had been exhibiting all year. We held UGA who was proclaimed an UNSTOPPABLE running attack to 46 yards on 32 attempts for a paltry 1.4 yards/carry far off their 4.7 yards/carry average coming into the game. We also contained their entire offense to their lowest point total all year (which was 20 previously @ Notre Dame) and only 230 yards of total offense the first time they were held under 300 yards all year.

One player stood out. The player that comes to the game and has made a commitment to the team, the fans and this great institution that he will run until the game is over and that is #21 Kerryon Johnson. I am sure we all remember back in September when he took off and pulled up limping after a spectacular run…look at how far he has come. He has participated in 8 of the 10 games and is throwing up numbers that backs in 10 of 10 games are not even coming close to. He is also carrying that rock with the help of his team and using a style of running that must have that other league’s scouts foaming at the mouth. His patient running style is amazing to watch, jump cuts, power, stiff arms, tip toeing the lines and the yesterday laying out and scoring the 39th point of the contest that popped the UGA balloon for good. 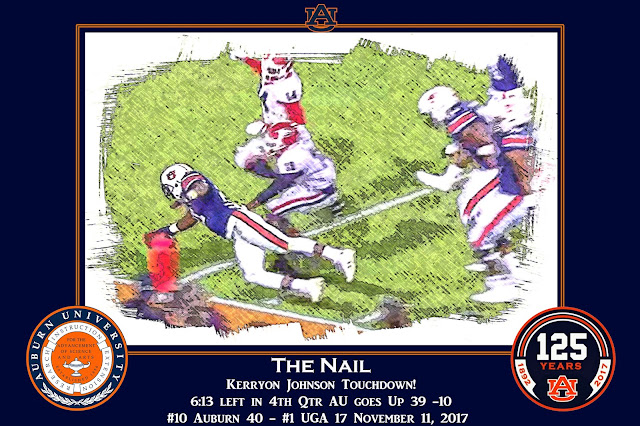 His stats against Georgia were gaudy and he deserves to be mentioned in the Heisman race. Do not forget we did not have him against Clemson. Continuing at this pace and this impact is how legends are born… 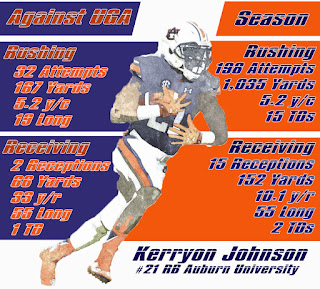 We had 5 games between us and a case for a College Football Playoff berth and 2 of them are behind us. All 5 games have equal weight lose one and done. This team continues to do what needs to be done and that is learn that complacency and arrogance will bite you in the ass even with a 20-point lead. Most importantly though we need to continue to evolve and being better than we were the day before. Need to win every 1 on 1 and we need to create chaos through unpredictability when it is done right, wouldn’t everyone agree it is so, so sweet? I think so! So, continue to support, cheer and embrace this moment you may be watching a legend being born… 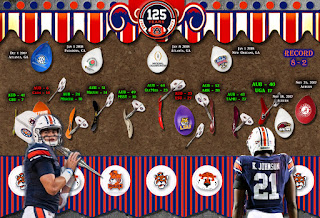 All graphics are done by me I have no rights to the logos or copyrighted elements nor do I claim any.
Posted by Unknown at 11:41 AM