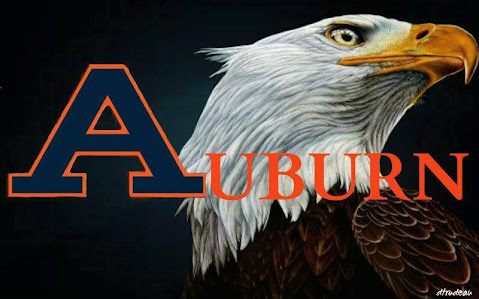 cul·​ture | \ ˈkəl-chər : the set of shared attitudes, values, goals, and practices that characterizes an institution or organization

Let's talk a little about culture as it pertains to Auburn football. Specifically, the changes made by the new staff in both the coaching aspect and the players.

While we won't see a big change on the field before September, we can catch a glimpse behind the scenes on social media. Whether it's Owen Pappoe referencing how they are going to look like Marines this upcoming season(due to the new strength and conditioning program), or seeing all the Wellness Kitchen Click Here video and pictures where our guys are cooking their own meals and having a blast doing so.

Gone are the days of "fun" and Crossfit-style workouts. Now workouts are suited more toward an end goal, and not just to outlast your opponents by going faster from play to play. That advantage died back in 2015. Everybody had caught up to the "Hurry Up" style of play, and we weren't outpacing anybody.

Trovon Reed, a member of the national champion 2010 team had this to say on Twitter:

From the coaching perspective, let's just say there is a big change. The new staff is free to do their job, and coach their positions groups without a lot of input and scrutiny. Be sure that Coach Bryan Harsin is aware of what is being taught, however, he's allowing the staff to do their job instead of controlling every aspect of their job.

A case in point is Nick Brahms. Brahms has been the starter at the center position for Auburn since he took over the job in 2019 vs. Ole Miss

"One of the biggest things we were lacking, maybe, is football IQ, I think coach Friend has done a great job in teaching us the game of football."

This statement struck a chord with me instantly. Football IQ?!? I rather agitatedly asked: Why hasn't he been taught "Football IQ" in the past?!?

We can clearly see a change is happening. From every level of the football program. Coaching, workouts, support staff, and nutrition are all different. Just how all this translates to wins and losses is yet to be determined. One thing is sure. Our guys are going to be stronger, smarter, and better fueled for the task at hand.

Posted by AUTigerBloggin at 10:15 AM No comments:

While we look at the upcoming football season and try our hand at PREDICTIONS, I also thought we should look at College Football Playoff championship teams, their stats and glean some idea of what we might see from the new Auburn offense.

In both of the above football seasons, the Tigers played in the national championship game.

Could this be an indicator of success? Maybe.

Alabama was 47th last season. Only one team in the CFB Playoff era was inside the Top 10 Rushing offense and that was Ohio State.

Let's look at the eventual champions of the playoff era and how their rushing games compared nationally.

Now compare this to the passing games of these same champions.

While the numbers are a bit erratic, there is a clear indication the eventual national champion teams did not have to be balanced per se offensively.

While turnover margin plays a part in most games, it's clearly not indicative of success throughout the season. Just my thoughts on this one aspect lead me to think the adverse turnover margin is parallel to a lack of discipline and this most likely could result in a poor season statistically.
Putting these areas of offense on paper doesn't fully explain the overall team success. All of these championship teams put together great seasons. Yet, 2018/2019 Clemson was the only team to have both Rushing Offense and Passing Offense rank inside the Top 25 statistically.
Now to Auburn.
This season our Tigers need to perform at a higher level than the previous versions and do so with a new offense and new coaches.
Just what the offense will look like is a guessing game. But, our friend Justin Ferguson of The Auburn Observer had this to say:
"Being that this is 2021, one could reasonably expect Auburn to call a majority of its plays out of the shotgun this fall. It’s an easy way to transition the roster and build around its established strengths — and it limits any under-center snap shenanigans that might arise. But Auburn is going to go under-center and run more of the “pro-style” formations whenever it feels like it needs to do so."
***Read the entire story here:
https://www.auburnobserver.com/p/film-room-a-day-2021-offense

In fact, we strongly recommend that you join/subscribe to The Aubserver.

In the A Day game, Auburn called 23 pass and 23 run plays as Justin Ferguson noted. This offense needs to be proficient. It's not like there's a secret formula to football offensively. You need to play as mistake-free as possible, limit turnovers, and not commit penalties.

If this new staff can get this team in shape mentally and physically the sky is the limit.

Posted by AUTigerBloggin at 1:16 PM 2 comments: