It was a historic day in Auburn Girls Softball history on May 23, 2015. The Auburn Girls defeated the Ragin Cajuns to win their first "Super Regional" since the softball program was started.  I never thought that I would see a sold out softball stadium at Auburn University. The atmosphere almost rivaled an SEC football game at Auburn on a smaller scale. I even saw several Auburn baseball and football players in attendance. To say that the Auburn girls were happy, would be an understatement. They came into the stands after the game to thank the fans and pose for photos. It does appear that Jay Jacobs has hit a "Home Run" with the hiring of Clint myers and his staff. 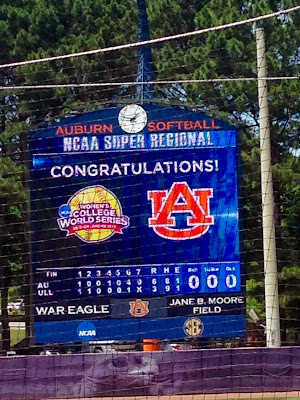 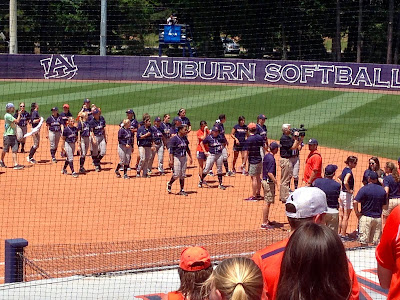