Improvement? Yes or No

Did we improve that much or was Missouri that bad?

I think this is the question that every single Auburn fan is asking themselves this morning, I know I am, so I decided to put some thoughts out there as I am sure a bunch of us will. The question is not as easy as it seems as most times nothing is as easy as it seems. Life would be wonderful if it was always a zero or a one.

Let’s tackle the “are we that good to start”. The definition of good is “to be desired or approved of.” I think last night heading into the game every Auburn Fan was not sure what to expect. We are ranked 15th, Vegas has us as HUGE favorites (just like last week) and this is against an SEC opponent. For the past two days, I refused to listen to the prognosticators and look at the picks. This game was about “getting better” and “being good.” Let’s face it we have not been good in the past three games. We had parts of the team that were good but we had parts of the team that were mediocre and at times probably could have said sucked. Let’s break it down a bit: The Offense players and coaches, Defense players and coaches, Special Teams players and coaches, and then our Head Coach.

Now it’s time to throw in an analogy.  While in Navy ROTC I met a USMC Colonel who wrote an open column to us while at Auburn. He basically said for you to be a complete Sailor or Marine you had to equate your career/life to juggling. Drop a ball, you are not juggling anymore and therefore you cannot be good or the best because those that are good and the best juggle all the balls and they do it well. The balls we juggled were fitness, education, family and military discipline. I bet you can see where I am going! Yes, in football our team juggles Offense, Defense and Special Teams. The great teams keep all the balls up in the air and do not have any of them dropping. Why did I jump to great? Because, to be a “good” team you must be juggling those balls, you cannot be dropping any one of them and claiming to be good. Good is a place where you are keeping all the balls in the air. Once you can do that then you are ready to to optimize your timing and maybe even start to get a bit fancy to show people just how in command you are. Just to be clear what “great” is I’ll throw this definition in; “of an extent, amount, or intensity considerably above the normal or average.” Just so we do not get hung up on what I am referring to. 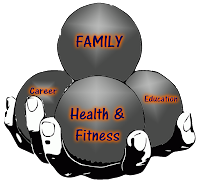 In my very humble opinion, I saw us juggling every ball last night. Throws were being made, we were closing in the deal the red zone, we were physical, penalties were under control, there was confidence, we were getting them off the field on 3rd down, there was teamwork and most importantly there was ball security and ZERO yes ZERO turnovers after last week where we had five and had a turnover differential of -5 heading into this week (which we are at -1 now)! So, yes Auburn Family we improved, we played well and we executed, we should be very excited for the rest of the season. We should also realize we need to juggle.

Video rights owned by CBS Sports - no claim to rights

Now the second part of the question, is Mizzou that bad? I hate this, as a former athlete when someone makes this statement it hits you at your core. Every athlete believes they are going to win before they step out on the field before the clock starts or the first pitch is thrown. To say a team is “that bad” you are basically saying they don’t deserve a shot to play the game. We play them all and Arizona State took their opportunity and beat a ranked Oregon team as well as Stanford destroyed UCLA and, if you listened to the press on them, their QB could be the second coming - not. So, before you start taking away from our players and loading up on Mizzou players know this - no one gets on a field and says, “Let’s lose today!” Yes, Mizzou was not juggling and they had turnovers, but that is the game. To say that Mizzou does not come out next week and beat a very good Kentucky is just not fair, not fair to them and not fair to their opponents. On any given Saturday while our team is on the journey to attain football perfection you can get beat if you cannot juggle the balls given what your opponent is doing.

Focus on us.  Measure and ask yourself, did we get better? Did we do what needed to be done? Did we exhibit greatness at points in the game? If that answer is yes, then we did improve and we are getting better at juggling and on our way to good with a target of greatness.

So, in short, yes, we improved and got a lot better and no, Mizzou is not that bad, they are on their journey to greatness and in a different place.