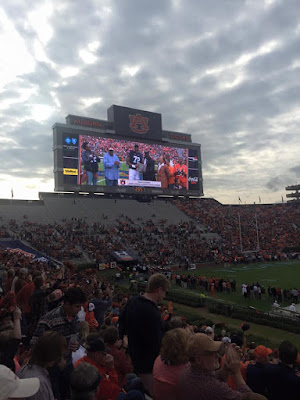 Pictures from my personal collection @tatershell
I have been to Auburn for the last two weekends. I don't think I have gone to two games in a row in a long time. The week of the UGA game, the AUMB put together a spectacular halftime show.  If you did not see it, take the time to watch the video. Try to watch the split screen version. As an alum of college marching band, I cannot imagine the work that went into this show. The timing had to be perfect. It is not easy to get that timing down with 300 members, but add the timing of the video and the Aubie events (notice how the beat of the band's music matches the movements in the video).
Aubie Goes Back to the Future - an Auburn University Marching Band Halftime Show from Auburn Bands on Vimeo.

This past week, there were several things that went on that were special. Shon Coleman was honored pregame with the James Owens Courage Award. I cannot think of a person more deserving than Shon. He has exemplified bravery and has demonstrated that he is a true Auburn man.
Since it was Veteran's Appreciation Day, Auburn honored many veterans. None was more moving than when they honored Bennie Adkins. He and his wife just celebrated a REALLY long wedding anniversary- I do not remember the exact number. He had been awarded the Congressional Medal of Honor. The large groups of military at the game all saluted. When he returned the salute, I had tears running down my face. I just couldn't help it. If you were there, you know what I am talking about. There is just no way to replicate that moment.

Then the AUMB gave yet ANOTHER amazing performance. Perfect formations. Fire batons. Patriotic music. What else could someone ask for? 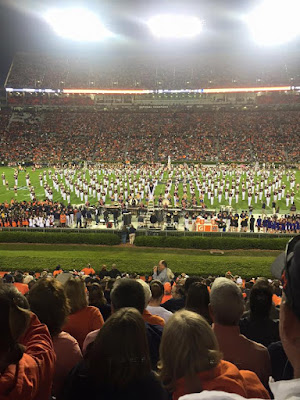 It is always nice to see the non-regulars get some playing time. Johnathan Wallace has been unselfish and a true Auburn man. He stood tall when he was called upon and he took a backseat to others for the better of the team. All along, he has been ready. 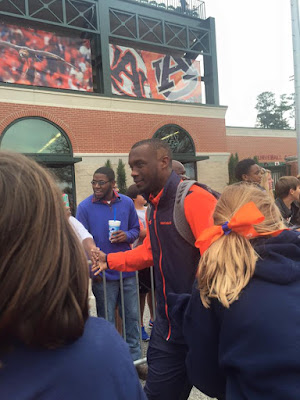 Picture from my personal collection @tatershell

Another great moment was when Tucker Tuberville got to play. Tucker has sweated and sacrificed to be the scout team quarterback. It meant more later, when I found out his dad was there to see him. At the end of the day, the players and coaches are sons, brothers, and dads. They are more than just the number, position on the field or a name in the program. Turns out, I was sitting only a few seats away from Tommy. I wish I had been able to say hi!

Auburn is family to me. All of my life, we've gone to Auburn games. When my grandparents and aunt and uncle were alive, we'd all go together. Those are sweet memories. 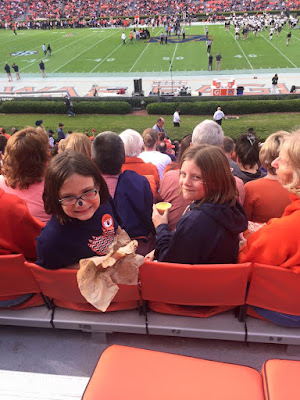 Picture from my personal collection @tatershell

Then, there is always the Auburn Santa. Emma was excited to have her picture with him!! 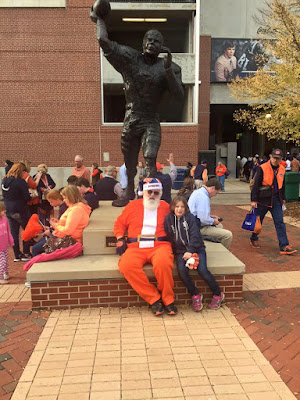 Pic from my personal collection @tatershell

Together all these things are what makes Auburn so precious to me. There are things that are bigger than football. Auburn is one of those. It's a spirit, a moment and a love.